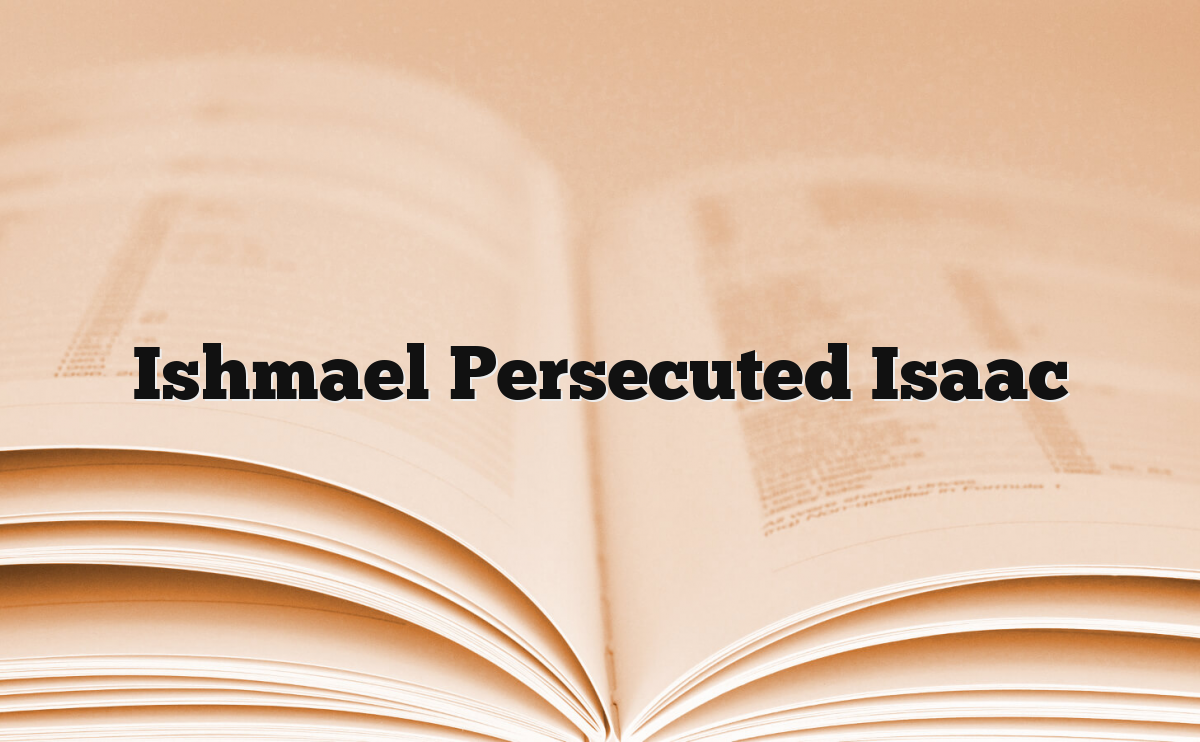 8 The child grew, and was weaned. Abraham made a great feast on the day that Isaac was weaned. 9 Sarah saw the son of Hagar the Egyptian, whom she had borne to Abraham, mocking.

21 Tell me, you that desire to be under the law, don’t you listen to the law? 22 For it is written that Abraham had two sons, one by the servant, and one by the free woman. 23 However, the son by the servant was born according to the flesh, but the son by the free woman was born through promise. 24 These things contain an allegory, for these are two covenants. One is from Mount Sinai, bearing children to bondage, which is Hagar. 25 For this Hagar is Mount Sinai in Arabia, and answers to the Jerusalem that exists now, for she is in bondage with her children. 26 But the Jerusalem that is above is free, which is the mother of us all. 27 For it is written,

“Rejoice, you barren who don’t bear.
Break out and shout, you that don’t travail.
For more are the children of the desolate than of her who has a husband.” [a]

28 Now we, brothers, as Isaac was, are children of promise. 29 But as then, he who was born according to the flesh persecuted him who was born according to the Spirit, so also it is now. 30 However what does the Scripture say? “Throw out the servant and her son, for the son of the servant will not inherit with the son of the free woman.”[b] 31 So then, brothers, we are not children of a servant, but of the free woman.

Coming out of Tribulation

12 Thou hast caused men to ride over our heads; we went through fire and through water: but thou broughtest us out into a wealthy place.
New American Standard Bible (NASB)

12 You made men ride over our heads;
We went through fire and through water,
Yet You brought us out into a place of abundance.

Only other time Revayah is used

5 You prepare a table before me in the presence of my enemies;
You anoint my head with oil;
My cup runs over.

Runs over in Hebrew

Peter was Self Confident (Example)

31 And the Lord said, “Simon, Simon! Indeed, Satan has asked for you, that he may sift you as wheat. 32 But I have prayed for you, that your faith should not fail; and when you have returned to Me, strengthen your brethren.”

34 Then He said, “I tell you, Peter, the rooster shall not crow this day before you will deny three times that you know Me.”

Before devil attacks he has to think twice

3 And not only that, but we also glory in tribulations, knowing that tribulation produces perseverance; 4 and perseverance, character; and character, hope.5 Now hope does not disappoint, because the love of God has been poured out in our hearts by the Holy Spirit who was given to us.